The quality of service in the bodywork, a reason to switch insurance companies

Attracting and promoting customer loyalty are two of the main challenges that companies must face every day. The relationship with the client tends to become closer and more direct, a relation influenced by the prevalence of a user whose decision-making power grows each day.

When we talk about car repair garages, mentioning the client means talking about the car driver, but also, and especially regarding paint and bodywork shop, about the corporate client and insurance companies that play a prominent role. In fact, 89% of vehicles making it to the paint and bodywork shop come from big clients, mainly insurance companies, while the rest, a little over one out of ten, come from private customers, according to a study published in Spain by GT Motive, a company specialized in solutions and services for claims estimation and management. In addition, we must not forget that around 70% of garages have agreements with insurers.

In this regard, the garage is probably the most watched link in this equation, since, on top of providing the driver with good service, it must also meet the expectations and quality standards of the insurance company. It is the client who ultimately ends up paying for the cost of the repair and the one who can (or can not) recommend their services to other clients.

This relationship - motorist, garage and insurance company - is closer and, maybe because of that, not always easy.

Attracting and promoting customer loyalty are two of the main challenges that companies must face every day. The relationship with the client tends to become closer and more direct, a relation influenced by the prevalence of a user whose decision-making power grows each day.

Well aware of how important it is to offer their client the best garage experience, more and more insurance companies trust their clients’ car repairs to reliable garages, as shown in a recent study by Toluna, a consulting firm specialized in marketing. This report, in addition to the general degree of satisfaction that the customer has with their insurer after having an accident, also reveals how important a bad garage experience is for a client to decide to switch insurance companies.

This way, the study emphasizes how it is more common for insurance companies to recommend a certain garage after having an accident. Many times the insurer will offer benefits if the client ends up choosing the suggested garage, as stated by 39,7% of clients, up almost five points when compared to 2014. Likewise, while in 2014 46% of clients claimed that no recommendations were offered by their insurance, in 2019 that percentage was only 30%. Also, while five years ago 16,9% declared that they had been recommended a garage —with no benefits— in 2019 that number doubled, reaching 28%.

Therefore, insurance companies have intensified the recommendation of garages to their policyholders, making more clients choose the collision repair shop they recommended. This way, while in 2014 24,6% of the clients took their vehicle to the garage suggested by their insurer, in 2019 this percentage climbed to 31,5%. However, many policyholders still consider that the benefits of taking their cars to the recommended garage are not enough, so 38,1% of them still bring their vehicles to their garage of choice, compared to 56,4% in 2014. 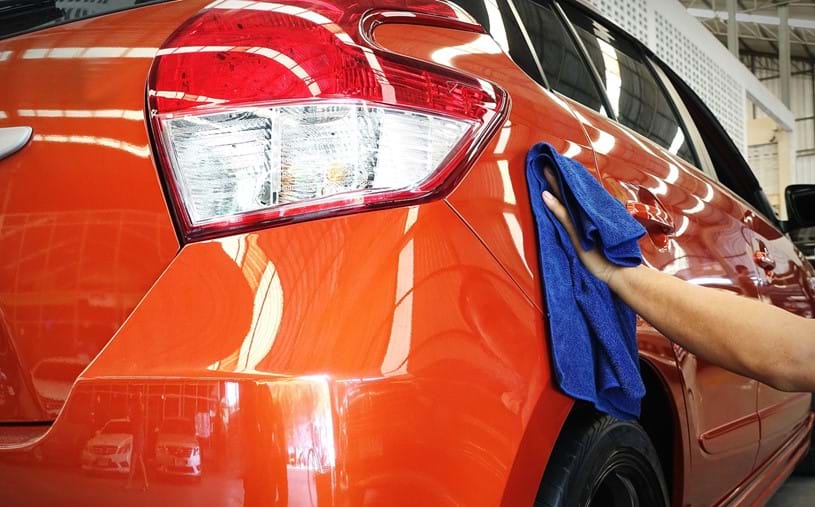 What does the garage provide to the insurance company for the final client?

The answer to this question is probably trust, because, for the motorist, the garage is the most visible benefit of the insurance company. The driver will value more or less his/her relationship with the insurance company if his/her experience was good (or bad). In fact, in many cases, the insurer does not inform its client and the garage ends up playing this informative role (damage report, state of the repair…).

The fact is that the client is less and less loyal. According to this same study, loyalty towards the insurance company has declined since 2014: the percentage of policyholders that do not consider changing companies has dropped from 59,3% in 2014 to 53,5% in 2019. And, among the ones who are considering this possibility, more than 44% think about switching. What are the reasons for this?

Price still is the main reason, closely followed by the overall service received. However, it is relevant to acknowledge that among the factors that contribute to keeping a client, the recommended bodyshops play an essential role, because their good (or bad) work is seen by the policyholder as a responsibility of the insurer, thus prompting a change of companies if not satisfied.

The PPG logo is a registered trademark and We protect and beautify the world is a trademark of PPG Industries Ohio, Inc. ⓒ 2019 PPG Industries, Inc. All rights reserved.

Third-party trademarks referenced in this article are property of their respective owners.